everyone’s craving for wes anderson’s the darjeeling limited. even though he’s accused of making the same movie over and over again, somehow (somehow) it feels this will be a bit special what with this might be owen wilson’s (possibly) last appearance on screen. or just because sarip still loves his rushmorisms.

the trailer‘s soundtrack is pretty good, as always with the kinks ‘strangers’ and ‘this time tomorrow’ providing the perfect mood. good stuff.

and if any of you are interested, there is a prelude for the movie – hotel chevalier. it’s great because 1) beloved director; 2) free download on iTunes 3) natalie portman appears (briefly, tastefully) naked.

as always since we are not in ameleekah, we can’t download that even if it is for free. so thank sarip that he got this. nyeh.

tired of having *snobbish* people pinching their nose while passing by you when you’re enjoying your puff? lo and behold trouble no more for someone out there has developed an ingenious system of tackling that irritating problem. nice!

there’s been some good commercials lately on local tv.

this one just reminds us of gwen doing his impersonation, if you get the drift. there is another one by the national health board (i think) that has the uncle yapping ‘later later’ which brought a few smiles. good stuff.

anyways, this device really made me wanting to keep cats again. my previous cats tend to do their business in the most inappropriate of places (like the back of the wardrobe and below the washing machine) . just fyi.

“…Nobody will blame us until we are 35 years from now, when the problem is here, then people will say, ‘What kind of Government did we have 35 years ago, never taking care of us today…’

35 years from now, sarip sees why people are so dumb 35 years ago to believe something that has not happened but were just being hypnotized by words of fear. 2042 here we come!

we have to stop this fear for the future thing. i thought we were supposed to be living positively, yes?

same goes to rafa. just bloody well put on torres and not trying to put spikes on his bum for every league game. we do not want the champions league, we just want the premier league. don’t be greedy and wanting to have all when you can just concentrate on one which has been thirst by lots for so long. 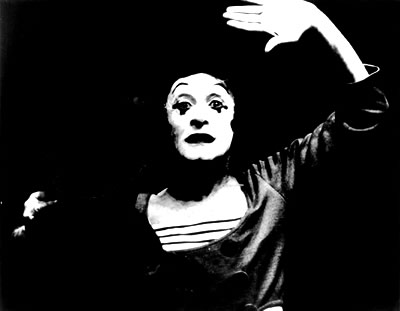 ain’s potpot hiding under its pile during construction work.

anyways, geylang was as se-hardcore as wat i’d expected. anyways, if anyone saw sarip shout hi to him ‘cos he can’t see that well while trying to cuci his mata (adoi!) during bulan yang mulia ini.

the highlight definately was the ‘selat menyambut hari raya’ banner. maybe they don’t want to have the ‘mat’ in ‘selamat’.

by the way, the sunday times had this article to say that ‘grooming for sexual addicts’ will be considered as a crime. along those lines lah. this from someone who tried to curi baca in the mamak shop.

interesting move sarip says. the only irony was the newspaper was sitted next to hordes of scantily clad ladies (dayum!) on men’s magazines.

now is it just me or are double standard practices at stake here? if they’d decide to proceed with that law, shouldn’t magazines like fhm and maxim be taken off the stands too? (oh pls no!) the instinct tells ne not however, since mediacork publishing will definately lose a lot of income, yes?

so how will this law proceed then?

ah shucks. hopefully this law does not apply of having keira knightley being removed from local media.

more strange things are happening in singabore. moral of the story is, no matter how illogical, how confusing, how tacky their response to our questions and needs and fears, it will be heading to the dinasour archives, so… 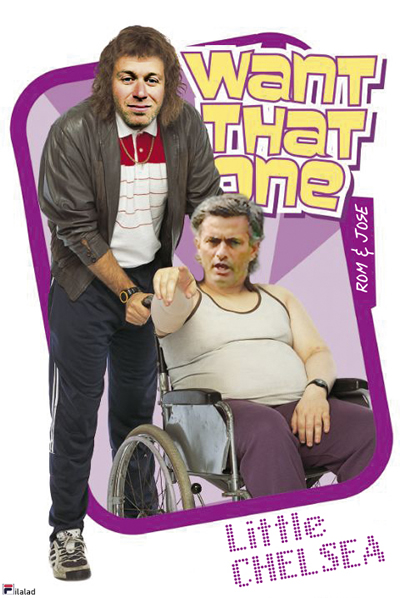 oh no! the greatest man(ager), jose maureeneyo has quit chelsea! now who’s the only person who has the brains to beat freaking ferguson! daym! and not only so not long ago they are waxing lyricals to him. poor sod.

in thruth, sarip prefers maureen rather than rafa to be ‘pool’s manager. for shizzle mah nizzle. maybe they will swap places.

i’ve been growin super tired lately that i can’t open my eyes when the clock strikes 4pm. i can sleep almost anywhere without bothering much of the surroundings. worst of all, i’ve become one of those “funny looking sleeping people on mrt trains who tend to get their heads knocked on the glass panel”. used to be funneh, not now apparently. padan muka aku.

what’s going on man? i used to be so excited when work ends so that can merayap sana sini after that. not now, i am more excited to hit the bed as soon as possible. and weekends, oh puhleeeese. i am more in tuned with catching up on lost sleep than becoming the malam muda mudi kid. nah uh. i know, i know aku ni dah tua, but hellooooo….it’s still early age kan? i still remember my dad (his stories, entah betol ke tak) hit the swing life during his 30s. kena minum alicafe ataupun kopi jantan agaknyer tak?

so how liddat? becoming 30 and already not enough energy to sustain. how liddat gahmen? you said that ON AVERAGE people tends to live up to 82 and beyond nowadays so that’s why you guys implemented the new CPF ruling. incredible! i didn’t know the gahmen had set up a new geomaster-fortune-teller-tikam-tikam ministry that can agak agak how long its citizens will live. this is so minority-report-gattaca! we are so far ahead in terms of human evolutions that no wonder terroristas are not interested in landing on this land. what’s the point they may say. even if they do *something* they’ll know that it won’t be fruitful ‘cos the gahmen aka fortune-teller had told the world singaporeans will live up to 82. unless they target the old folks home lah. (i get it! it’s a whole big plan to make singapore more secure and to deter any terroristas from coming here! brilliant!)

oh well, i have to admit that new ruling just plainly, sucks. can i say that i don’t want to contribute to CPF then? aku simpan dalam akoun senoman lagi mulia siots!

or those wes anderson’s sell out commercials. quirky.

i don’t understand baseball. more so cricket. all this batty games can make my head go spinning nah nah nah. apa? wickets? runs? innings? apa dar dei….then the match can play damn the long one. but 2 things can make this to change (for the mo lah kan)

2. when barry bonds hit his record breaking home run, people went nuts chasing after the ball. and now one lucky person has managed to sell that ball for a whopping $752,467.20. tak terbegik hotdog tengok tuh?

anyways, it’s been a bad bad bad week in sports news, for me at least. ‘pool lost points, mclaren didn’t finish 1-2 and greg oden won’t be playing this year. it’s all downhill from here mans…

and by the way, natas was nuts! the only thing that we got were brochures, brochures and more brochures telling the same ‘ol same ‘ol. and the queue! omigod! how many korean trips do YOU need!?

next year if i were to put up a booth at natas, i’ll do my best to be the most unique promoter of all – 5d/4n at golok

sure fully book one. 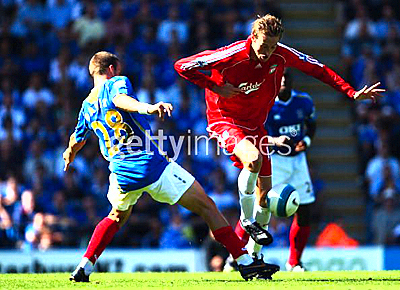 match: well, it just had to happen. after the euphoria of the abundance of goals in the previous match, liverpool came back knocking down to earth with this one. rafa can blame that the international break disrupts his plans, but to me it is just a lame excuse for getting a bad result. liverpool did come close however with voronin hitting the bar early on but were fortunate that reina made a great penalty save albeit a weak kick taken by kanu. the only positive side that can be taken from this match is the apparent weakness that can be seen. ‘pool really needs a left-footed left back as arbeloa, decent as he is, seems to be restricted in his movement with the tendency to cut back rather than go to the byline. also this match was lost in midfield where alonso looking tired and sissoko was being sissoko again. oh well, it’s going to be the typical away liverpool trauma again like seasons past…

players: benayoun stood out early in the match with his direct running and enthusiasm. reina was superb in the penalty save but nothing much else. he has a tendency to hurt his own players though with finnan being the victim this time. voronin looks to be a real class act what with his superb control of the ball and sublime technique. of the lot that played, sissoko and crouch look the most disappointing. crouch does not possess any trait of a predatorand being the tallest of the lot could not muster a decent head of the ball. sissoko keeps losing the ball, tackles wrongly and keeps running astray. both him and crouch are substitutes at best and should only come on when ‘pool are winning a game and not trying to sustain one.

interesting note: if rafa said that he wants to rest his important players first, what is the deal of putting all his 3 trump cards late on the match? like what the commentator said, it’s a case of too little too late. what, the chances of a player not getting injured late in the game is not as much as early on? what bollocks.

man-of-the-match: none. except for reina for that bit part.

rivals update: slowly but sickeningly surely, manure is rising up the table what with 3 consecutive 1-0 victories. they’ve not found form but are still winning. dangerous signs there. but arsenal keeps up the winning momentum but one has to wonder how much energy has been sapped from them with those emotional victories.

at this moment, ryan goosling can do no wrong. (trailer)

END_OF_DOCUMENT_TOKEN_TO_BE_REPLACED 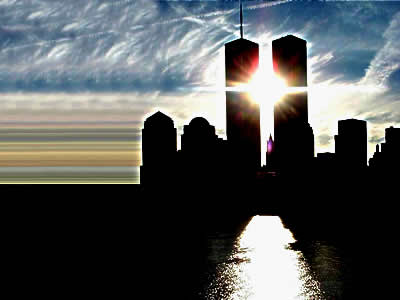 END_OF_DOCUMENT_TOKEN_TO_BE_REPLACED

Berita Hairan
Create a free website or blog at WordPress.com.